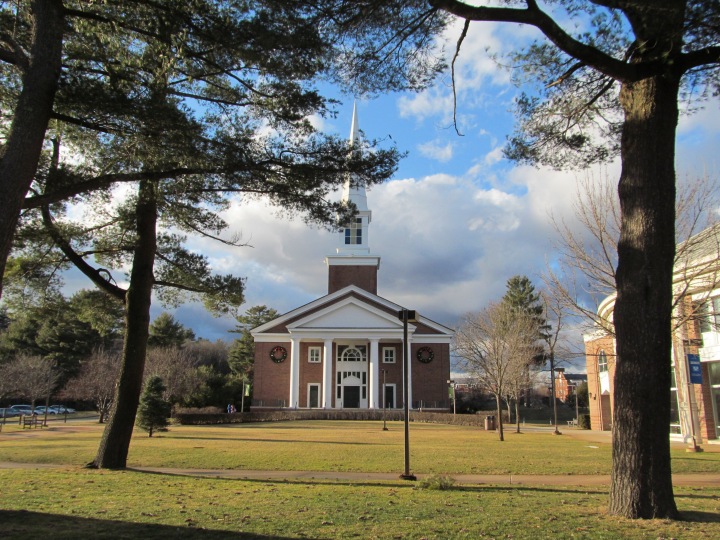 Tolerance has been flung around a lot in our current society as a virtue to be lauded above all others. Whether it is the highest virtue in our society or not, it seems generally agreed that tolerance is a good thing. I will not be addressing tolerance as a defense of relativism because tolerance seems to come up short in this view finding that there is one view relativism cannot tolerate and that is objectivism or any anti-relativistic philosophy. Much more could be said on that subject but I would like to focus on the way our culture has embraced tolerance as a virtue while sliding into some very intolerant viewpoints. Tolerance in the original usages of the word meant disagreeing and even desiring to persuade someone of your view but defending their right to hold a contrary view, with your life if necessary. Tolerance originally meant to bear pain or hardship. The key point here is that there was no compunction against attempting to dissuade someone from their view (especially if you thought your view would be beneficial to them) but there was a duty to allow the other to hold their view and even defend that right for them.

Accepting this view of tolerance should encourage dialogue among disagreeing factions: Republicans and Democrats, atheists and theists, prolifers and prochoicers. However, in our culture that seems to tote tolerance as a banner of goodness, that praises our democracy and idealogical freedom, we too easily discard tolerance as soon as it benefits the people we disagree with. For example, if someone disagrees with us politically we tend to malign them and discount their rationality. The ad hominem attacks multiply through Facebook and Twitter as people tear down any opposition to the truth (as they see it). George W. Bush, Bill Nye, Obama, Hilary Clinton, and many others become synonymous with stupidity, arrogance, or even demonic influence. To bring it down to a more relatable level, you see somebody shared and NRA meme supporting freedom to bear arms and you write them off as an ignorant “hick.” Or you notice a car with an Obama sticker on it and you immediately chuckle to your friend about the brainwashed liberal ahead of you. The problem is more than whether you are actually posting your thoughts and feelings on social media. Even categorizing people in your brain as idiots if they don’t believe exactly as you do is tearing our culture apart.

On Gordon College’s campus recently there has been a surge of dissatisfaction concerning our life and conduct statement and the stance regarding homosexual practice at Gordon. This dissatisfaction is not the issue. Disagreeing with your institution’s stance on an interpretation of Scripture or basically disagreeing with anything about your institution does not, in itself, cause disunity or discord. However, recently it seems that there have been lines drawn in the sand by people associated with Gordon on varying levels. It seems to have become such that if you disagree with one side then the other side assumes you must be ignorant, unchristian, immoral, or a bigot. Now maybe this is not true and maybe this problem is not as pandemic as I am making it out to be. If I am wrong then I am glad and I know that there are many people who have not fallen into this mindset at Gordon However, if you have felt afraid to share your views because you do not want to be persecuted or ostracized for holding them then I think there is a problem. People should be able to disagree with our administration or support our administration ideologically without consequence. We should be a school that promotes tolerance on all levels. We should be able to discourse on our stances regarding homosexual practice with charity and mutual edification. As it is, I find myself scared to share my opinions on the subject for fear of being irretrievably labeled as belonging to the “other” side of the debate. The fact that there seems to be a separation that calls for people disagreeing with us to be “other” than us is a symptom of the same problem.

I do not think that it is anyone’s goal to ostracize or intimidate people in Gordon’s community for holding differing opinions, but I think that these things are a current reality at Gordon. Ultimately, I think there are very intelligent and well-meaning Christians on both sides of this debate and I think that the call for unity and charity is greater than the call to persuade on this matter. Is this issue important to resolve? Yes. Do our beliefs matter and shape our actions as well as interactions with others? Yes. I just think that we need to focus on charitable and reasonable discourse at this time of conflict on Gordon’s campus and in the surrounding communities. We need to feel free and safe to share our doubts and beliefs with each other. We need to be able to say that we do or do not think that homosexual practice is Biblical without feeling that we will be targeted, ignored, or isolated. And we need to hold and communicate our views in such a way that wholly respects and loves the other person or persons with whom we interact. Sometimes that will mean silence, often it’s not as important that we tell the other person what we think and much more important that we listen and understand. I will end with a quotation often misattributed to Augustine but actually from an otherwise undistinguished German Lutheran theologian named Rupertus Meldenius. It is interesting to note that it appeared on a tract during the Thirty Years War (1618-1648), a war heavily influenced by religious intolerance.

In Essentials Unity, In Non-Essentials Liberty, In All Things Charity